How often do you hear a song but you do not know its title?

What's that song is first and only application for Gear and Galaxy smartwatches that allows you to instantly identify song that is being played. Once the song is named and identified it can be played via streaming services like Spotify, YouTube or Deezer.

This is great option for all music lovers.

Get it for from Galaxy Store on your mobile device or click here. 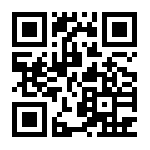